Divert NHS cash to schools to improve the nation's health after the pandemic, says new study

By Health Correspondent For The Daily Mail

Millions of pounds of NHS funding would be better spent on schools to improve the nation’s overall health following the pandemic, a study has found.

Researchers said lockdown and school closures will have devastating long-term consequences for a generation’s health.

But only 1 per cent of the UK Government’s Covid support funding has gone to the education system, they warned.

Investment in ‘wasteful healthcare activities such as overprescribing’ should instead be diverted.

They said there is a wealth of evidence proving investment in education is essential to the long-term health of society. 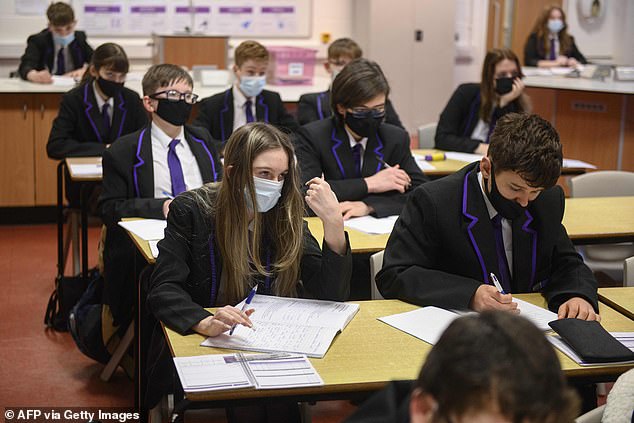 Millions of pounds of NHS funding would be better spent on schools to improve the nation’s overall health following the pandemic, a study has found

Every extra year of schooling is linked to a 7 per cent reduction in poor health including chronic diseases, the study by the University of Oxford said.

British schools were closed for months due to Covid, with catastrophic effects on children’s mental and physical health.

This means health spending will have increased by 42.4 per cent in real terms between 2010 and 2025, up from a 2.8 per cent rise for schools and colleges.

The study said more teacher training, extracurricular activities and action to help the most vulnerable children catch up on missed schooling were needed.

The research, published in the Journal of the Royal Society of Medicine, singled out examples of ‘wasteful’ health including overprescribing, which is estimated to cost the NHS tens of millions a year.

Dr Anant Jani, the study’s lead author, said if funding was ‘based on evidence rather than politics, the education sector would get a large chunk of resources given its potential for positive impact on health, wellbeing and the economy.

‘We would likely see disinvestment from the healthcare sector and reallocation to education given the large burden of disease that could be avoided with better education systems.’

An average of 0.6 years of schooling will be lost globally due to school closures during the pandemic, he added.

Dr Jani said there were several reasons why education is a ‘fundamental cause of health and disease’.

It ‘can determine whether an individual has a sufficient income, which can be used to access factors contributing to a healthy lifestyle including a healthy diet, means of staying physically active, being in a safe neighbourhood’.

Divert NHS cash to schools to improve the nation's health after the pandemic, says new study