By Mail on Sunday Reporters

Parents are being warned not to use a popular skin cream on their babies after it was found to contain a potentially harmful dose of a steroid drug.

Dermaved Sensitive Cream is marketed by its Croydon-based makers as a natural Ayurvedic product for delicate skin. It is not a licensed medicine.

Tests revealed that it contains clobetasol propionate, the active ingredient in skin creams that should be available only on prescription due to potential side effects, including burning and thinning of the skin.

Drugs watchdog the Medicines and Healthcare products Regulatory Agency has issued an alert for anyone who bought Dermaved Sensitive Cream to stop using it immediately and return it to the supplier. A statement on the Dermaved website says: ‘Products are currently unavailable due to a manufacturing issue.’ 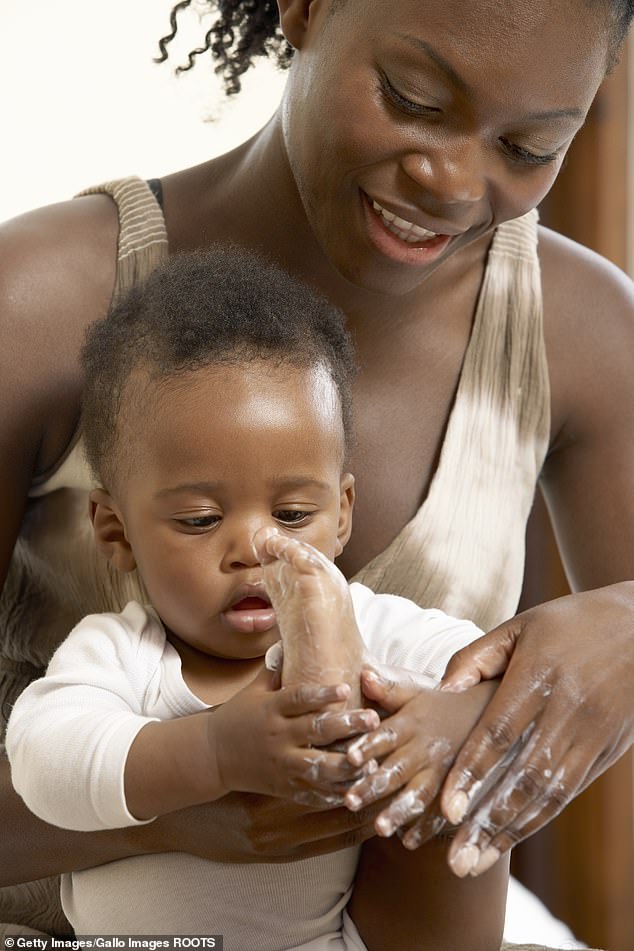 Parents have been warned against using a popular skin cream on their babies as it has been found to contain potentially harmful amounts of steroids. Watchdogs have recalled a batch of Dermaved Sensitive Cream

Exercise away your snoring

A GP's invention that strengthens muscles in the throat and mouth could banish snoring.

Snorgo, a T-shaped plastic device, was developed by Pete Naylor with backing from the NHS. One end of the £34.99 gadget is placed between the lips and teeth. Keeping lips closed, the patient pulls on the opposite end for 15 seconds, repeating the exercise three times, and three times a day, to strengthen the muscles and reduce the extent to which they ‘collapse’ at night, causing snores.

Of the 15 million snorers in the UK, two-thirds are male. 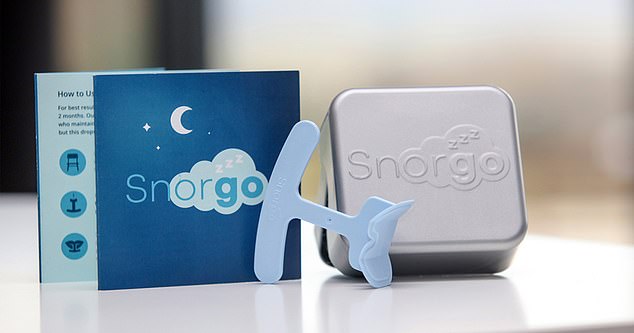 Snorgo, a T-shaped plastic device, was developed by Pete Naylor with backing from the NHS

Breathing oxygen-rich air while sleeping could be a drug-free way to combat depression, say researchers.

Scientists at Israel’s Ben-Gurion University tracked changes in mood and mental wellbeing among 51 depressed volunteers, half of whom breathed normal air during the night with the rest inhaling 35 per cent oxygen. The air we breathe is normally about 21 per cent oxygen, with the rest mainly nitrogen.

After just a month, the Israeli researchers noted significant improvements in mood and outlook in the group breathing oxygen-enriched air.

One theory is that added oxygen triggers biochemical changes in the brain that can lift mood.

A blood test could flag up women at risk of a serious condition during pregnancy, a study suggests. Researchers from King’s College London and Guy’s and St Thomas’ NHS Foundation Trust identified genetic markers in the blood of pregnant women who developed pre-eclampsia, a complication that can cause dangerously high blood pressure in one in 12 pregnancies, typically in the third trimester. Professor Rachel Tribe, of King’s, said a single blood sample could identify women at risk far earlier in pregnancy so that they could be closely monitored.